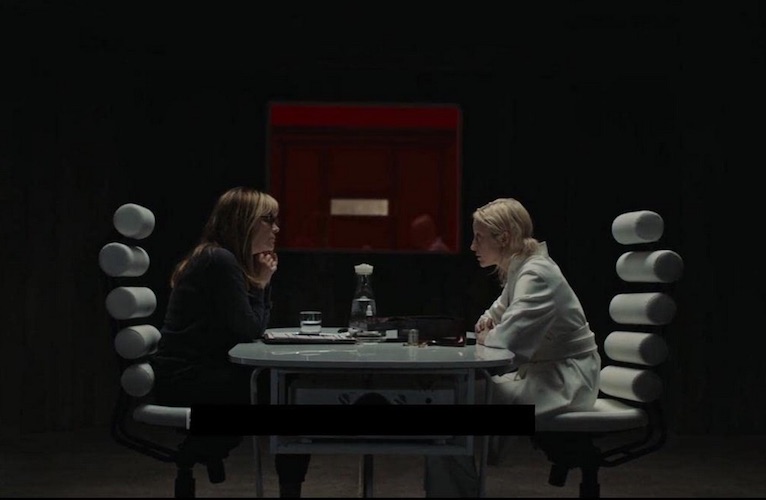 Are we fully in control of our actions? That’s the question at the allegorical heart of Possessor, the new film from writer/director Brandon Cronenberg. Possessor is Brandon’s second film since his 2012 directorial debut, Antiviral. Despite the eight-year hiatus, his unique voice feels just as assured as his father’s, the famed Canadian horror master, David Cronenberg. As a horror/sci-fi hybrid, Possessor lives up to everything we’ve come to associate with the Cronenberg family name – mainly, unsettling and thought-provoking genre fare.

The story unfolds in an alternate reality Toronto, circa 2008. With the exception of a few technological advances, such as wall-sized TV screens, the world of Possessor is not unlike our own. Within it, a black ops organization uses a neural implant that allows them to take control of a so-called host body in order to perform assassinations. Their star employee is Tasya Vox, played by the chameleonic Andrea Riseborough. A disarmingly soft-spoken woman named Girder, played by Jennifer Jason Leigh, is Vox’s handler. To pull off a hit, Girder transfers Vox’s consciousness into someone close to their target. Controlling the host like a puppet, Vox terminates the target then forces the host to commit suicide. It’s the perfect crime, chillingly neat and tidy, at least in theory. Unbeknownst to Girder, Vox is starting to lose control of her hosts during the most critical moments of her missions.

Possessor is a completely original take on the hired-killer-running-into-obstacles cliché. Even though Vox is considered the best in the business, it’s only her mind that gets involved, which subverts the assassin-as-action-star trope. It’s hard to empathize with a murderer, but Andrea Riseborough’s sad, sunken-eyes certainly help, through which we can feel her physical and mental exhaustion. She begins to forget aspects of her personal life, including her separation from her husband and son. When Vox decides to visit them, she pauses outside their home and rehearses mundane small talk in an effort to sound like a normal person and not the cold-blooded killer she’s become. Expressive camerawork enhances the sense of Vox’s disorientation with off-kilter shots of Toronto, dreamlike visual effects, and unbalanced compositions where characters are placed on the edge of the frame.

All of the performances are top notch. In fact, Christopher Abbott, who plays the host that most complicates Vox’s job, is a revelation. More disturbing than the graphic violence is Jennifer Jason Leigh’s nonchalant portrayal of Girder, who casually applies hand lotion and brings her palms to her face to smell the fragrance as she discusses who they’re going to kill next.

Vox’s inability to maintain complete control over her hosts is one of the most intriguing aspects of Possessor. The hosts are chosen not just for their proximity to their targets, but also to create a believable murder/suicide scenario that won’t be questioned by authorities. But rather than dispatching their targets quickly with a gun as had been planned, the killings become protracted and considerably more brutal. Was Vox entirely responsible for their manner of death, or were the hosts exacting revenge against their subjugators? By blurring the line between Vox’s will and that of her hosts, Possessor turns Vox into a metaphor for the potential killer inside us all. 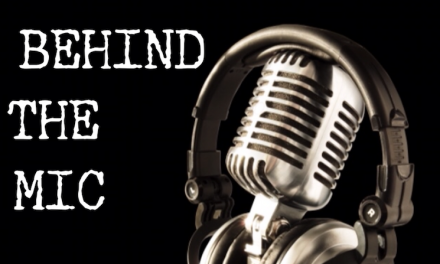 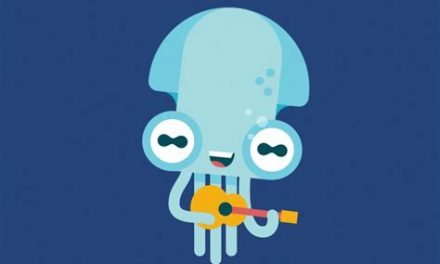 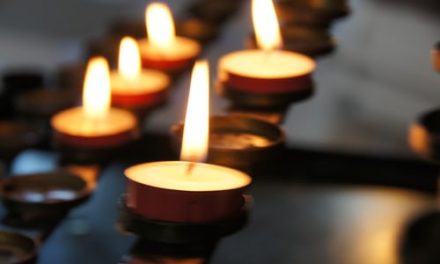 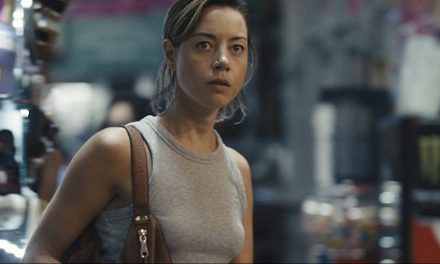