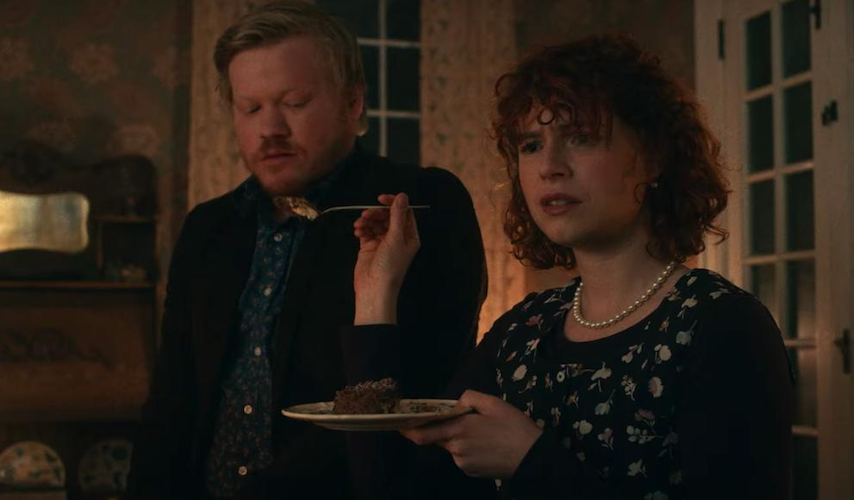 Charlie Kaufman is one of the most original scriptwriters to emerge in the last thirty years. He’s probably best known for 1999’s Being John Malkovich, 2002’s Adaptation, and 2004’s Eternal Sunshine of the Spotless Mind, earning screenplay Oscar nominations for the first two and an Oscar win for the third. He transitioned from writer to writer/director in 2008 with Synecdoche, New York, and followed that up with a stop-motion animated film, Anomalisa. Both underperformed at the box office, making the likelihood of funding for a third feature slim at best. But thanks to the deep pockets at Netflix, Kaufman returned to the director’s chair for I’m Thinking of Ending Things, based on the novel of the same name written by Lain Reid.

Kaufman often crafts Möbius strip narratives that turn in on themselves, and his characters are typically unhappy, insecure, and stuck in their own heads. I’m Thinking of Ending Things is no exception. Its premise is simple enough; a young woman named Lucy, played by Jessie Buckley, joins her boyfriend, Jake, played by Jesse Plemons, on a trip to meet his parents for the first time. The story is largely told from Lucy’s perspective. She opens the film with an internal monologue, beginning with, “I’m thinking of ending things.” It sounds like she’s contemplating suicide, yet when she has the same thought in the passenger seat of Jake’s car, it seems like she’s referring to their fledgling relationship, creating a double entendre for the title. As they begin their journey, Lucy’s mind continues to chatter. She eventually takes a break from navel-gazing to make awkward small talk with Jake.

But who is Lucy? Is that even her real name? Seeds of doubt are sown when she receives a phone call from someone else named Lucy, not to mention she’s referred to only as “Young Woman” in the credits. And who is the elderly school janitor Kaufman keeps cutting to? At the start of the film, when Lucy is waiting outside for Jake to pick her up, there’s a quick insert shot of the janitor looking down at her from a second story window, murmuring something out of earshot that Lucy appears to hear. Later, her internal voice wonders, “What if this thought wasn’t conceived by me, but planted in my mind….” And she seems to struggle with memory, such as how long she’s known Jake for, and when her last road-trip was.

Things get even weirder once she meets the parents, played by Toni Collette and David Thewlis. Lucy’s perception of time becomes muddled. She begins to change – first the colors of her clothes, then her supposed profession, and even the way she speaks. Clues to what’s happening reside in Jake’s parents house; in his old bedroom, Lucy spots a DVD of A Beautiful Mind, along with several others hand-labeled with “Futile Efforts At Success,” “Unforgettable Mishaps,” and “Abandoned Friendship.”

A film about amorphous identity and questionable reality begs to be approached like a puzzle needing to be solved. With its dreamlike atmosphere and deliberate ambiguities, I’m Thinking of Ending Things works as a Rorschach test inviting our own subjective interpretations, or as a dark mood piece evoking the feeling of stepping into the mind of a schizophrenic or someone who’s suffering from a dementia-induced loss of self. In the end, I’m Thinking of Ending Things is more experiential than logical, suggesting our grasp on reality is more tenuous than we care to admit. 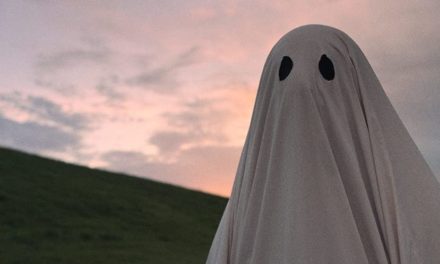