The Film Gang Review: The Conversation (1974) 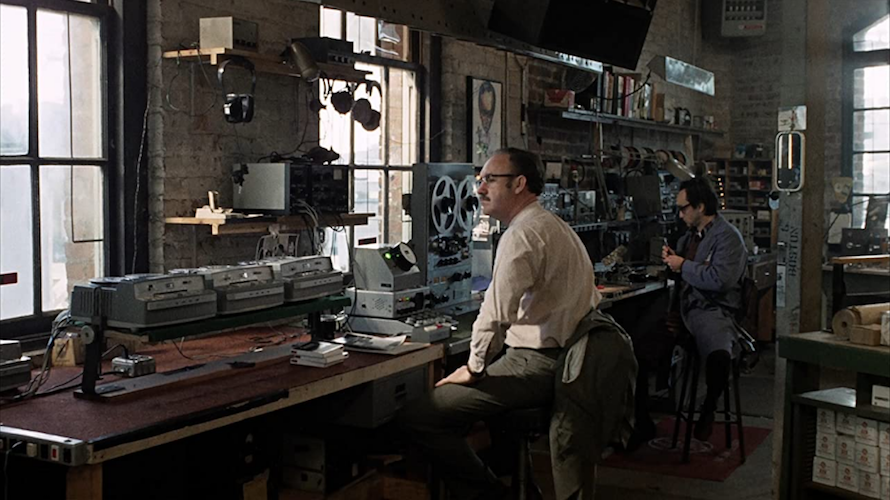 When one thinks of Francis Ford Coppola, three of his masterpieces typically spring to mind: The Godfather, The Godfather: Part II, and Apocalypse Now. Less mentioned, but more relevant to our post-9/11 privacy-challenged world, is 1974’s The Conversation. The Conversation earned Coppola two Oscar nominations: Best Screenplay and, because he was also the producer, Best Picture. He ended up losing to himself, winning both prizes for The Godfather: Part II instead!

The Conversation stars Gene Hackman as Harry Caul, surveillance expert extraordinaire. The film’s title refers to Harry’s most recent job. With the help of a tag team of spies, Harry records a conversation between a young man and woman strolling around San Francisco’s crowded Union Square. The woman is the wife of a powerful unnamed businessman who hired Harry, ostensibly to provide evidence of her infidelity. He also gave strict orders for Harry to deliver the recorded conversation to him personally. So when the businessman’s underling, played by Harrison Ford, aggressively tries to intercept it, red flags are raised. Harry keeps the tape, returns to his workshop, and analyzes it for clues. When he tweaks an unintelligible section with one of his custom-built devices, the distorted gibberish becomes an ominous pronouncement made by the woman’s companion: “He’d kill us if he had the chance.” Fearing he’s stumbled across a possible murder plot, Harry becomes increasingly paranoid as his detached professionalism begins to crumble.

Unlike Coppola’s aforementioned masterpieces, the screenplay he wrote for The Conversation is original, not an adaptation. It’s actually two stories: a character study of the neurotically secretive Harry and a suspenseful mystery. As Harry attempts to uncover the truth behind the conversation, he begins to slip down an epistemological rabbit hole, not unlike the protagonist in Antonioni’s Blow-Up – an obvious influence. Did Harry really hear what he thinks he heard, or is the Catholic guilt stemming from the tragic outcome of a previous job coloring his perception? Thanks to the Oscar-nominated sound design by legendary editor Walter Murch, we come to the realization we’ve been hearing Harry’s subjective interpretation, not what or how something was actually said, and the true meaning of “He’d kill us if he had the chance” could hinge on a single syllable.

The Conversation is a classic thriller, but it’s Coppola’s nuanced exploration of Harry’s life that elevates it above typical genre fare. Within the freelance spy business, Harry’s legendary exploits are known coast-to-coast, but such skills come with a price; he knows better than anyone how little privacy we actually have, ergo his obsessive desire for secrecy. Even his girlfriend, played by Terri Garr, is kept in the dark. When she asks him what he does for a living, he says he’s a musician. That’s partly true. In a momentary respite from his constantly churning mind, Harry is shown practicing on his saxophone in a scene that foreshadows one of the great codas of American cinema: Harry, completely alone, playing his sax to comfort himself after literally destroying his apartment while searching for the phantom listening device he was sure someone had planted. 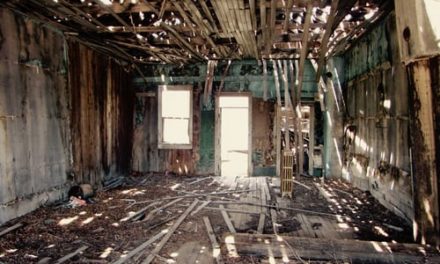 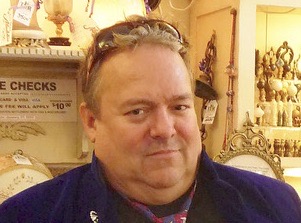 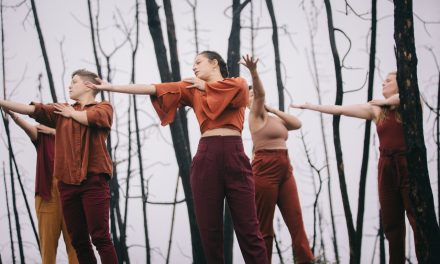 Community Radio: The Air of Democracy