Group has until the end of April to raise money to buy new spot on the airwaves.

By Mat Weir
The Good Times

“It was always there, and always something you could count on,” retired art teacher Myra Eastman says, the sound of long-lost love lingering in her voice. “We were friends.”

Although she never worked at the station, Eastman—a local resident for 46 years—says community radio played an integral part in her family’s life. It was the station she turned to for the latest in local politics, or to hear new and strange music hand-curated by passionate disc jockeys. She fondly remembers raising her children with programs like “Castle Cottage,” and how it was “our only lifeline” for information after the devastating 1989 Loma Prieta Earthquake.

“It was a local jewel,” she says. “These were [voices] you knew, they were your neighbors.”

So when she read about the financial trouble the station was going through two years ago, she became involved with Media Watch and KUSP Forward. Ex-KUSP programmers and community members in those groups did what they could to keep the station afloat, attending board meetings and even attempting several times to raise enough money to acquire the station’s license. Their latest attempt was in October of last year, when they were outbid by the Educational Media Foundation—an adult contemporary Christian music conglomeration—which won the rights to the bankrupt station’s signal with a $605,000 offer. The new Bible-thumping rock station on 88.9 calls itself Aware FM.

With KUSP gone, Eastman and others from Media Watch created a new coalition called Central Coast Community Radio (CCCR), with a new goal of purchasing an entirely different license, frequency and transmitter. Through its online crowdfunding campaign, CCCR has raised $82,500 toward the purchase of 90.7 FM. The new station, not nearly as powerful as KUSP, would be able to transmit from a small tower on the UCSC campus.

Still, their $82,500 is a far cry from the $265,000 needed to purchase the new license and transmitter, and even farther from the estimated $350,000 needed to fully operate a new station for an entire year. To help them reach this goal, CCCR received a challenge grant from a community member of $50,000, should they raise an initial $150,000. Raising the rest could be an uphill climb, and a steep one at that—as the members are well aware—but they hope media coverage will help them get there. If CCCR doesn’t meet its goal, all donors will get their money back.

After fundraising and bidding for the signal are wrapped up, the license transfer must still be approved by the Federal Communications Commission before new call letters get assigned.

“Our biggest need is obtaining more contributions to close the deal,” says business attorney and CCCR Steering Committee member Ned Hearn. “By the end of the month, our goal is to have a package of funds.”

Charlie Lange, another committee member, agrees that KUSP’s departure stripped the community of a vital service.

“The need for a locally based, locally supported media outlet is crucial in these times we live in,” says Lange, who serves on CCCR’s Advisory Committee. “For disasters, for public commentary, for entertainment and artistic expression.”

For nearly 40 years, he helped build the station’s listenership and maintained its local focus by hosting shows like “Soul Shack.” In the early days, he would even drive around in his Volkswagen van, broadcasting live from concerts and events. Although Lange’s faith in community radio’s importance remains unwavering, he often wonders if the public realizes what it’s missing.

“In my opinion, [the verdict] is still out on whether or not people in this community want to support it,” he admits. “We’ve had strong fundraising efforts for the last few months, but we’re not even halfway to the cost of just the license.”

Worries like these led Central Coast Community Radio to create an ongoing survey on its website, asking community members what they want to hear. Since the poll launched in January, 110 people have answered, and the results show a strong desire for the old KUSP-style formatting, with 85 percent saying they want to hear local news, 78 percent in favor of local politics and 69 percent in favor of live broadcasts from events around the county. When asked what community radio means to them, comments included “community-owned and operated,” “Radio of, by and for the people,” and even “The old KUSP.”

There were suggestions about bringing back some of the old programming, like “Talk of the Bay.”

“There seems to be a growing interest [in community radio],” says ex-“Talk” host and current CCCR Steering Committee member Rachel Goodman. “Once people hear about it, they get excited. It’s just a matter of getting the word out.”

A Peabody-Award-winning journalist and current co-host of “Planet Watch” on KSCO (1080 AM), Goodman believes the survey is a positive step in the right direction from the lessons learned after KUSP’s demise, something she felt could have been avoided.

“Being nimble and responsive to your community is very important,” she says, “along with looking at other successful models from around the country.”

One model that radio-loving locavores admire is KPCW out of Park City, Utah.

“We’re growing audience and revenue while airing more shows we produce,” says KPCW General Manager Larry Warren. “We believe this is a great time to be in non-commercial radio.”

Now in its 37th year of broadcasting, the station frequently earns award nominations from the National Association of Broadcasters (NAB). It has eight paid staffers to go with roughly 50 dedicated volunteers. Underwriting represents half of the station’s revenue, with another 25 percent coming from listener donations, and the final quarter from other funds, such as grants from the Corporation For Public Broadcasting.

“Until Trump kills it,” Warren says with disdain.

The community station is affiliated with National Public Radio, although it broadcasts only the bare minimum of the media organization’s shows.

“I stripped away most of the syndicated programs,” he states. “Why should I pay for a show that a bigger station with a stronger signal is also running?”

Along with news and entertainment designed specifically for Park City, Wasatch and Summit Counties, KPCW also broadcasts helpful and empowering programs like The Classified Show. It’s like an on-air Craigslist, where listeners can call in about anything from garage sales they’re hosting to furniture they might be looking for.

When it comes to what communities crave, Lange believes one need not look farther than KPIG, which broadcasts out of Watsonville.

“I would rather listen to a show by someone who is passionate,” he says. “People might like the music, but it’s the personality that they respond to.” 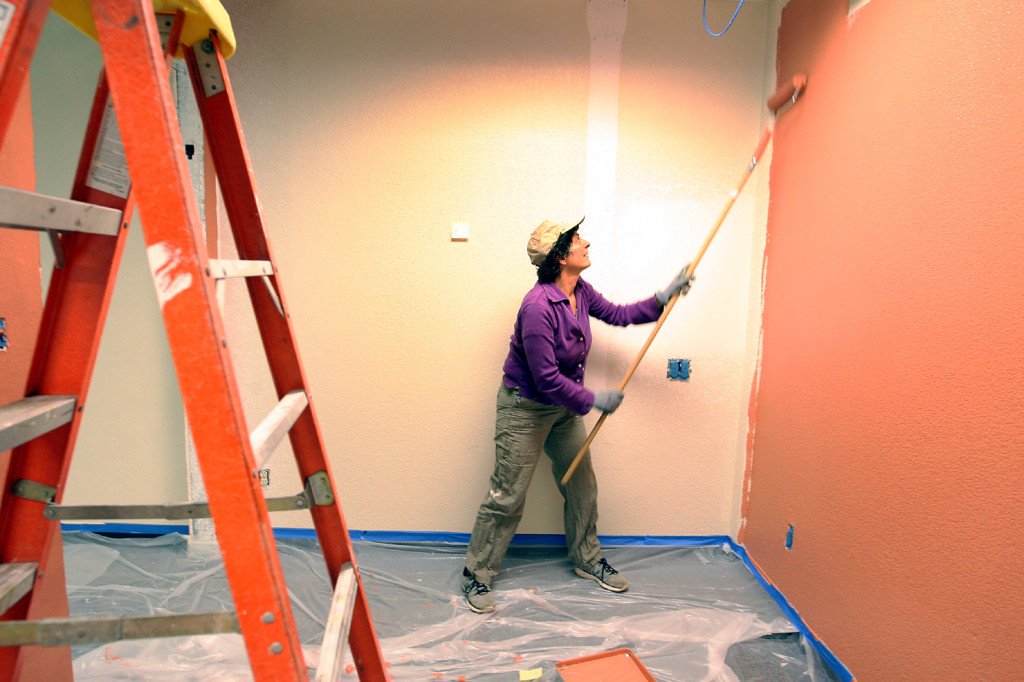 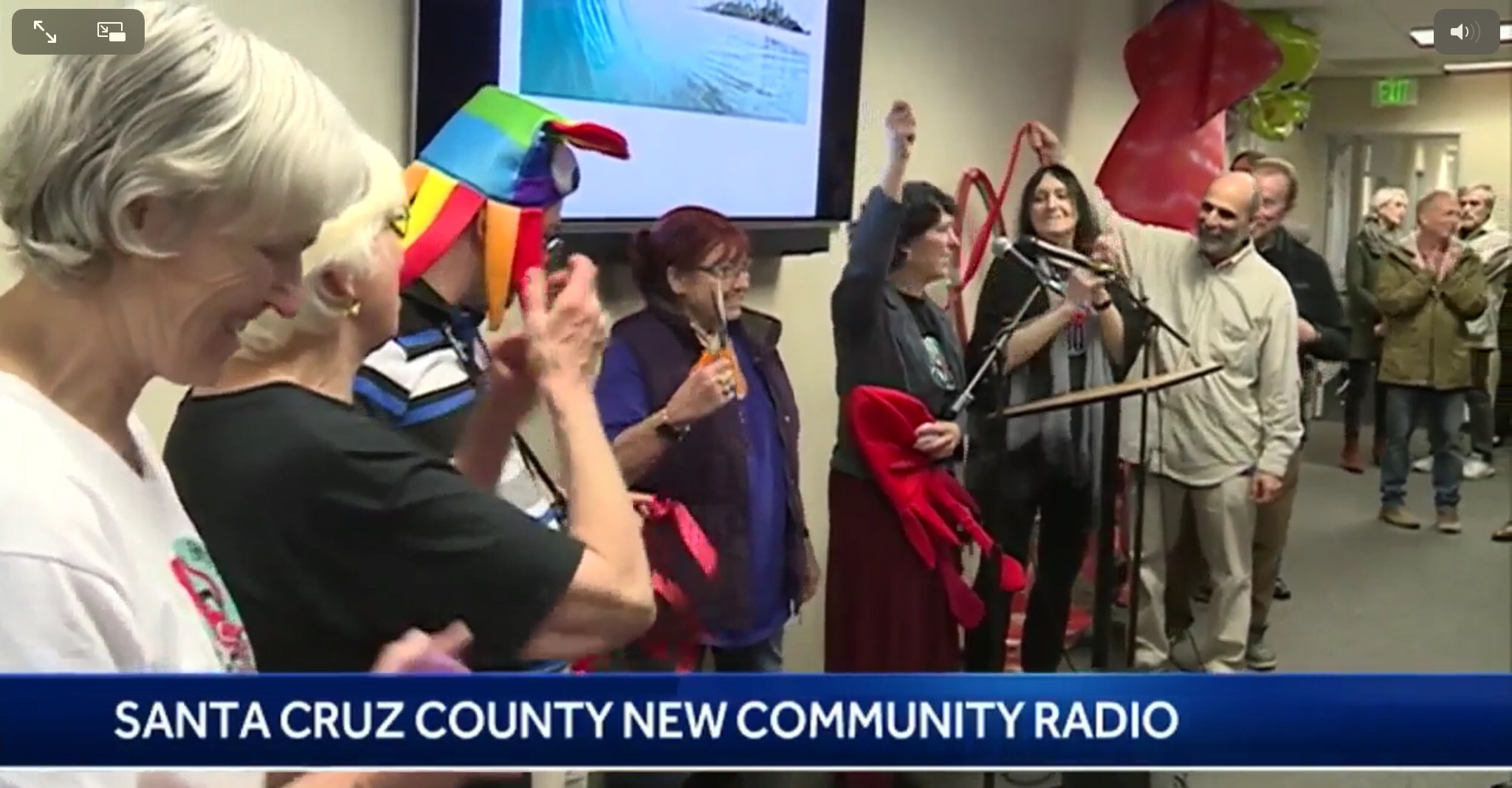