On Talk of the Bay this Tuesday host Christine Barrington focuses on initiatives within the Santa Cruz area that serve and support those in need.

In the first half of the show, Susan Willis from the Second Harvest Foodbank returns to update us about the organization’s wild ride since Covid-19 regulations took hold in the county and unemployment claims skyrocketed. Rated the healthiest food bank in the nation, Second Harvest is an integral part of Santa Cruz county’s effort to support all its people. Join us and hear how Second Harvest is feeding 55,000 citizens per month, and also learn about “Great Plates Delivered” a federal program supporting restaurants in delivering 3 meals a day to seniors vulnerable to Covid-19.

In the second half of the hour Alicia Kuhl, President of the Santa Cruz chapter of the California Homeless Union, will be discussing the realities homeless persons face in Santa Cruz–conditions which have always been difficult and now have become more challenging due to Covid-19 regulations. Alicia is currently leading a challenge to the city related to safe RV parking on non-residential streets. She is inviting citizens to support the effort. She will also share ideas about community collaborations that can permanently solve homelessness and bring people together on this issue for a better Santa Cruz. 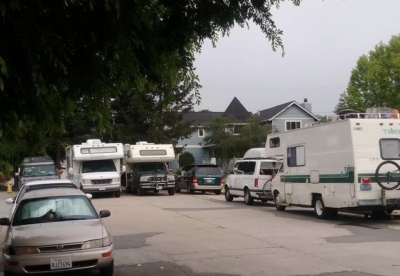 RV Encampment on Olive, a non-residential street on the Westside of Santa Cruz.

Alicia Kuhl’s Message to the public:

PLEASE HELP PROTECT ONE OF THE FEW SAFE-PARKING SPOTS FOR PEOPLE LIVING IN THEIR RVS – CONTACT THE PUBLIC WORKS DEPARTMENT.

For over a year, several people experiencing homelessness have been parking their RVs at night on a non-residential block-long street off Mission Street, in accordance with posted parking signs that restrict parking only

during the day.  Though unofficial, this is one of the few places in the City that people can safely park their living vehicles. There has been no trouble. However, apparently in response to an organized campaign by anti-homeless groups, the City is proposing creating parking spaces on the street that are too short for RVs.

Public Works has asked anyone disagreeing with the proposal to contact Kenny Jatho, at kjatho@cityofsantacruz.com or 831-420-5182.

IT’S BETTER TO EMAIL THAN CALL.

*Note: Although Jule 11 is past and gone, it is still a good idea to send your thoughts to Mr. Jatho. There will be a public hearing in August about this before it is finally decided upon, and therefore, any feedback for or against is still helpful feedback for decision makers at the city.

If Homelessness is an issue you find frustrating and perplexing, you are not alone, policy-makers and non-profit organizations worldwide have wrestled with homelessness for decades. Like poverty, it has been assumed that it will always exist. But a US national programme called Built for Zero is offering a glimmer of hope. Led by a non-profit called Community Solutions, Built for Zero uses sophisticated analytics software to track the lives of individual homeless people, allowing agencies to intervene and help them into housing.

So far, the programme says these municipalities have ended what it terms “chronic homelessness” where people have been living rough for more than a year: Bergen County, New Jersey; Lancaster, Pennsylvania; and Rockford, Illinois.

Nine cities – the latest being Abilene, Texas – have ended homelessness among military veterans, one of the hardest-to-reach groups, using Built for Zero. Community Solutions defines an end to homelessness, what it calls “functional zero”, as “a place where it’s rare, brief and it gets solved correctly and quickly when it does happen.”

Abilene’s achievement actually occurred a few months earlier but had to be delayed due to the US government shutdown at the start of 2019. Built for Zero is working in 70 communities with populations ranging from 120,000 to one million. So far, 64 have gone live with realtime data on their homeless populations.

If you would like to see Santa Cruz counted among the municipalities who have achieved a “Built for Zero” systemic transformation, then read these resources and let the city know your views. 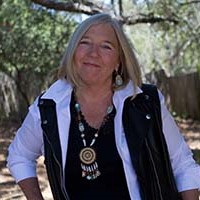 Local author Mary Flodin on her novel Fruit of the Devil, education, pesticides, and more 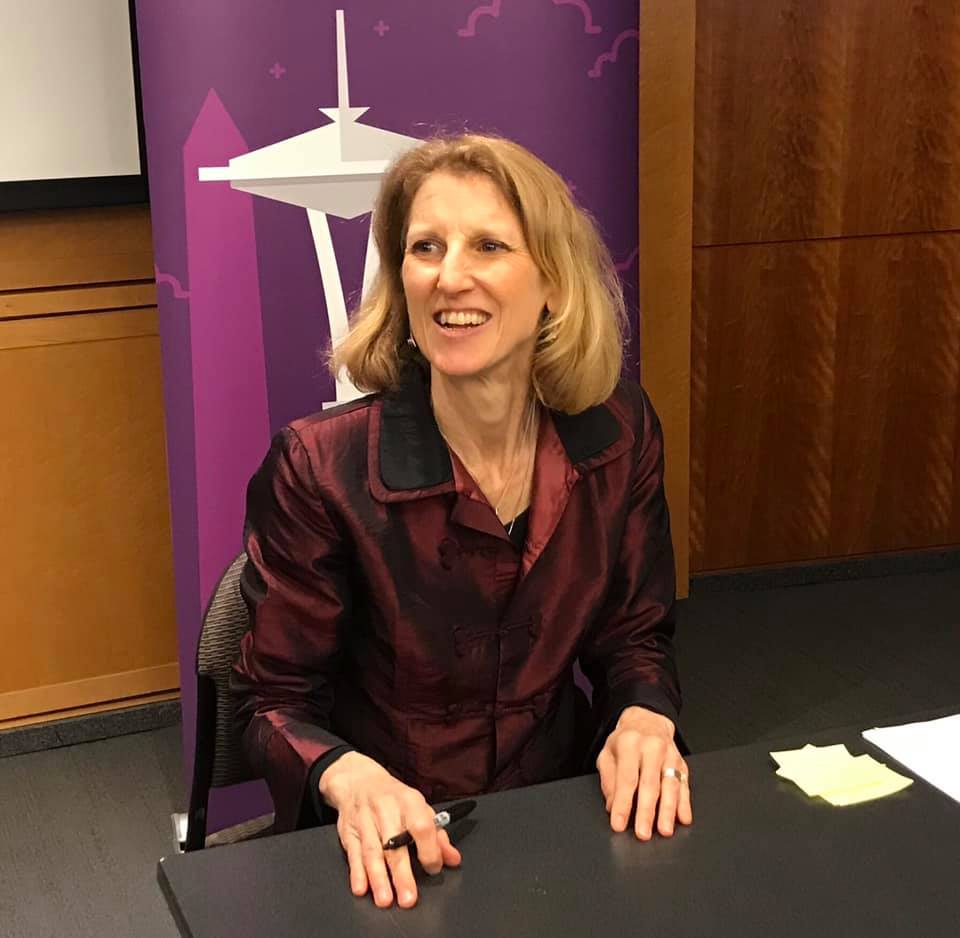 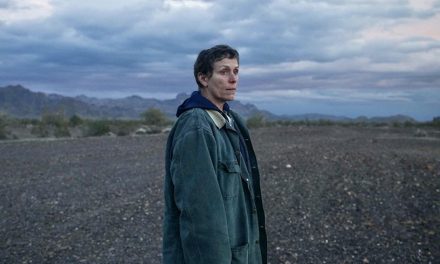 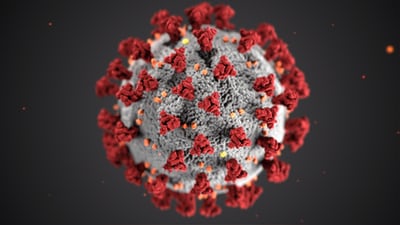