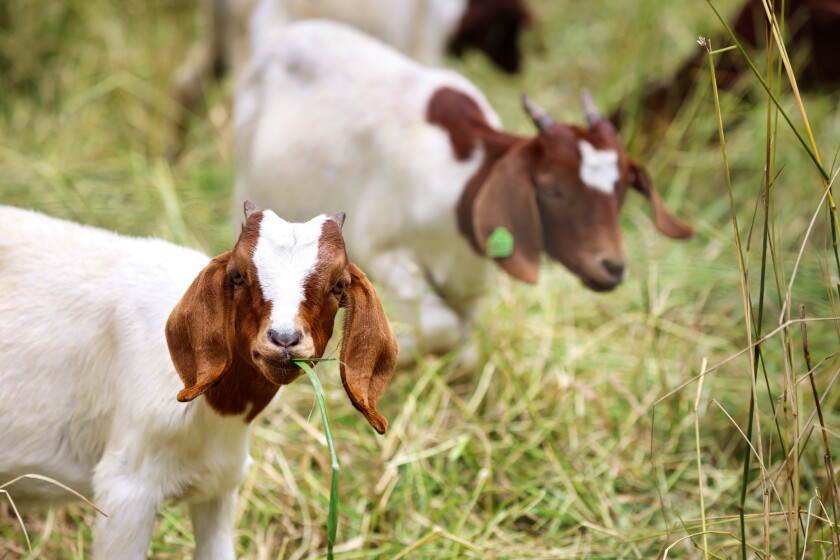 Talk of the Bay
Goats Reduce Fire Risk at UCSC

McKenzie Prillaman went to UCSC and has this story:

Narrator: California’s wildfire season grows worse every year, forcing landowners and institutions to come up with creative ways to prevent fires. At UC Santa Cruz, they’re trying a new approach… goats.  Hundreds of hungry goats are at the university right now. And they’re munching on overgrown plants to reduce the amount of fire fuel on campus.

That’s Brian Dodds. He owns Sycamore Farms and has been taking care of goats for more than 20 years. And now, he’s bringing goats to UC Santa Cruz.

I’m on the northeast end of campus, right by an on-campus apartment building. A patchwork of more than 100 black, white and brown goats densely pack a small forested area… that’s been fenced in. They munch happily and hungrily. And they’re… fairly quiet… a sign that they’re content, according to Dodds. Surprisingly, the goats don’t really smell.

These, of course, aren’t just any old farm animals.

These grazing goats are…

Brian Dodds: [13:20] …a viable means of native plant restoration, of fertilization, of… – it really wasn’t a primary focus – but it’s fire control. You cannot beat it for fire control.

Nick Otis: [17:11] It was the first time in UC history – so not only on our campus but in the University of California as a whole – the first time a campus has ever had to be evacuated.

Now, he and his team at UCSC’s Office of Emergency Services are using new approaches to prevent wildfires… including the university’s new four-legged visitors all the way from Coalinga in Fresno County.

And these hungry goats aren’t picky.

Nick Otis: [13:31] They will eat most vegetation that exists…and they’ll eat things down all the way to the nub.

Vegetation on the ground is prime fuel for fires. Otis says that most fires start with plants on the ground that lead up to tree canopies. So the goats are…

Nick Otis: [16:37] …addressing that gap right there to make sure that if we are able to limit that vegetation, it’s gonna, it’s gonna slow down the potential risk of a wildfire.

But don’t worry, they won’t harm the landscape. Our furry friends are fenced into targeted areas filled with unwanted overgrowth. And native plants that are used to the local ecosystem are hardier than their weedy, introduced cousins.

Otis says it’s more expensive to hire people to cut down overgrown plants. And the tools used by tree-cutters can even spark fires.

Goats, on the other hand, can nimbly reach steep ravines that people can’t get to.

They’re also an eco-friendly and sustainable choice. Dodds, the farm owner, says letting animals graze for land management purposes has been practiced for thousands of years.

More recently, insatiable goats have helped prevent fires in many states across the western US, including other regions of California.

These animals prevent future plant problems, too, because…

Nick Otis: [14:23] …They’ll eat the vegetation, and there’s a good chance that vegetation won’t come back or will be limited

When a goat eats seeds, they get digested through the animal’s four stomachs. And when the seeds come out the other end, most won’t be able to grow into new plants.

Back with Dodds, the goat-herder-turned-fire-prevention-hero, he shows me an area that the goats have finished with.

Brian Dodds: [21:15] Look at how clear they get it…You could almost walk through that without touching a stick.

The animals cleared out the overgrowth in just a few days. In total, up to 300 goats will roam around about 30 acres at the university’s north end. Getting paid to eat, not a bad deal for the goats either.

The goats will be at UCSC – chewing, chomping and [bleating noise] – through the end of May. And if they do a good job, we’ll see our four-legged friends on campus again next year. 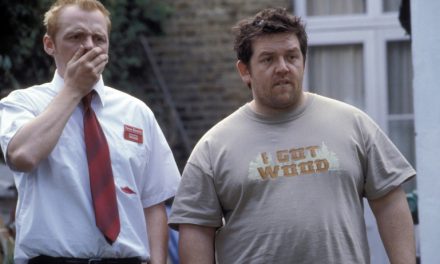 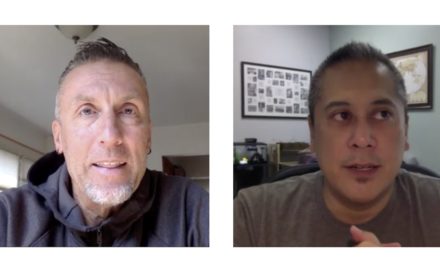